I have lived in Brisbane for over 17 years now and I had never been to Moreton Island. I had always known about it but had never really thought about venturing over there. That was until I got a Mavic Pro drone which you can read about here. I’m not into diving and I don’t […] A few weeks ago I had the opportunity to spend two days in Port Macquarie with a bunch of awesome Australian photographers. I had only ever been to Port Macquarie once before as a pit stop on a road trip that I did from Brisbane to Sydney which you can read about here. That was […] 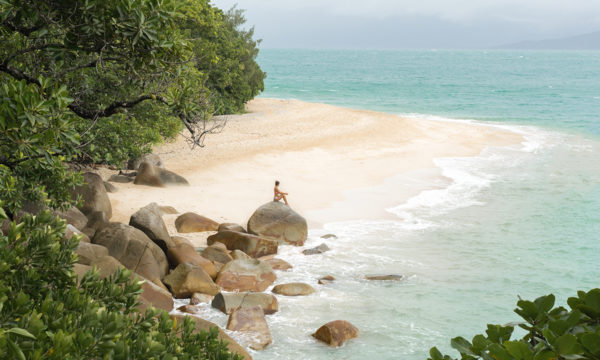 Can you believe this is a thing now? I was reading an article this morning about how Brits chose their holidays based on Instagramability. Is that even a word?! In other words they like to vacay where they can get the best selfies for there Instagram account. This is not a bad thing, I mean […] I have been lucky enough to visit the Blue Mountains twice in the last six months so I thought it was high time I wrote a blog about this stunning part of New South Wales, Australia. I recently got to spend two days here with some awesome photographers thanks to Visit NSW. There are still […] Last weekend I finally got my shit together and caught the boat over to Stradbroke Island. I had been planning this trip for about 2 months but due to life being crazy it just wasn’t happening. Finally I had a spare weekend, the weather forecast was looking perfect, so I did it! I have lived […] Since it has quickly become one of my favourite beach locations recently I thought it was time I shared 7 amazing photography spots in Noosa. Having the Noosa National Park is a massively beautiful part of this area and gives you so many awesome vantage points for photography. It is fantastic for west facing beaches […] I visited Woodford Folk Festival for the first time this summer even though I had heard all about it, I never really though about going. I just though it was a festival for a bunch of hippies. This is kind of true. There were a lot of hippies there but what I was surprised to […] On a recent trip exploring South Australia, which you can read about  here I spent two days on Kangaroo Island.  I was excited to visit this remote and rugged place after reading about it and seeing some amazing pictures of it. It certainly didn’t disappoint. So let me show you the magical Kangaroo Island, South Australia. […] Having never been to South Australia before I was surprised at how beautiful and different it was to my home state of Queensland. Instead of being humid and balmy, the climate is dry and crisp. Perfect for the many, many vineyards that produce some of the best wine in the world. I was lucky enough […] I had the pleasure of spending a weekend at Noosa Heads recently. It was exactly what I needed for some relaxation and beach therapy. This time hubby got to come too! I stayed at Noosa Blue Resort which is located up the hill from Hastings Street. It is a 4 star resort with a modern […] Last week I had the pleasure of hosting three Instagrammers from Canada as part of a job that I did with the airline Air Canada. The aim of the job was to showcase Brisbane and surrounding areas to the people of Vancouver as Air Canada recently launched a new flight from Vancouver to Brisbane. So […] I’m taking a slight detour from my european vacation blogs and writing about the fun time I had at Daydream Island a few weeks back. I was invited to be a guest of the resort for the reef island instameet that was being held on the Sunday of the Anzac Day long weekend. I had […]