On a recent trip exploring South Australia, which you can read about  here I spent two days on Kangaroo Island.

I was excited to visit this remote and rugged place after reading about it and seeing some amazing pictures of it. It certainly didn’t disappoint. So let me show you the magical Kangaroo Island, South Australia.

Kangaroo Island lies off the mainland of South Australia, southwest of Adelaide. Over a third of the island is protected in nature reserves, home to native wildlife like sea lions, kangaroos, koalas and diverse bird species. In the west, Flinders Chase National Park is known for penguin colonies and striking coastal rock formations, like the sculpted Remarkable Rocks and the stalactite-covered Admirals Arch.

GETTING TO KANGAROO ISLAND

I caught the Sealink Ferry from Cape Jervis to Penneshaw which took about 45 minutes. The views from the boat are of aqua blue water and the rolling green hills of the Fleurieu Peninsula and the rugged beauty of Kangaroo Island as you approach.

The sealink ferry is a passenger and vehicle ferry that crosses from the mainland to Kangaroo Island several times a day.

I was unaware of this fact until that point in time and found it extremely inconvenient to have to hire two cars for a week in South Australia. Apparently it is written in the fine print after you have paid for the car. HONESTLY! WHO READS THE FINE PRINT!!

So if you are planning on driving to Kangaroo Island, don’t book with East Coast Car Rentals! Actually don’t book with them at all. They are nowhere near the airport so you have a to catch a taxi if your flight is outside of there office hours and there customer service is terrible! The whole experience with them was a nightmare! Rant Over!!

THINGS YOU NEED TO KNOW:

There are a couple of things you need to be aware of if you are heading to Kangaroo Island as it is such a remote part of Australia.

It’s quite dangerous to drive after the sun goes down and before the sun comes up. Kangaroo Island is called that for a reason. There are kangaroos everywhere and they come out to feed at dusk and dawn and during the night. If you are driving along the road and one jumps out in front of you it won’t go any faster to get out of the way. It won’t even acknowledge you, so if you are driving at these times, you have to drive very slowly. I was doing about 40km an hour which is painfully slow for this lead foot!

Everything on Kangaroo Island is really, really expensive. The cheapest place to buy food and petrol is at Penneshaw. There is an IGA where you can stock up on food before you head off.

Kangaroo Island is massive. It is the next biggest island after Tasmania and takes about two hours to drive from one end to the other. There is not much in between apart from stunning scenery and beautiful beaches. You won’t have much wifi coverage either once you leave Penneshaw unless you are with Telstra and that is intermittent at best.

If you are wanting to visit all the major attractions like Seal Bay and Flinders Chase National Park, then you need to purchase passes to access these protected spaces. You can find more information about passes here.

My first stop once I picked up my car and left Penneshaw was Seal Bay. I was lucky enough to score a private tour with a tour guide and had the beach and all the seals to myself. Just as I was leaving, there was a massive tour group that was heading down to the beach. Perfect timing.

Another note about seal bay – you are not allowed to take photos if there are other people in the shot and you must be with a guide to take photos.

With a Seal Bay Experience there are no enclosures or cages. Instead, you are taken into the heart of the colony where the experienced guides teach you about the Australian sea lion. There is nowhere else in the world where you can listen to an expert give you their unique insight into how these endangered animals hunt, surf, rest, interact with their pups and defend their territory.

While I was there, a beautiful mother sea lion was taking her baby for a swimming lesson. They were so adorable to watch. At first the pup was scared of the cold water and kept running away. Once it got used to the temperature it started frolicking in the shallows but kept getting tumbled by the waves. The mother kept encouraging the pup and it seemed like she was laughing at him. It was so beautiful to watch them having so much fun.

Vivonne Bay is about halfway along the coast on the way to Flinders Chase National Park. It is a stark comparisons to the rugged and wild coastline that you find elsewhere on the island. A calm bay with a long stretch of white sand and the clearest cleanest water.

It has been voted as one of Australia’s best beaches and is also famed for it’s cray fishing.

I absolutely loved this beach and if it had been warmer I would have been straight in that water. But just sitting in the sun and enjoying the view was good enough!

Located in Flinders Chase National Park, Remarkable Rocks are naturally sculptured formations precariously balanced atop a granite outcrop. They are one of the best known icons of Kangaroo Island. Perched 200 feet above the crashing sea, the Remarkable Rocks are a collection of enormous eroded granite boulders. They have been shaped by the erosive forces of wind, sea spray and rain over the last 500 million years. The golden orange lichen covering some of the rocks and the many different shapes offer plenty of photo opportunities.

The size of some of the boulders are so impressive and they really make you feel tiny when you are walking in between them.

A little bit further down the road from remarkable rocks is the other famous and unusual landmark of Kangaroo Island – Admirals Arch. It took thousands of years of erosion to create this distinctive rock bridge near the Cape du Couedic Lighthouse.

The Admirals Arch viewing platform is also an ideal place to observe the New Zealand fur seal colony that has established itself below the landmark.

It is an awesome place to sand board or toboggan down the massive dunes or do a quad bike tour. It is  also just a really interesting place to see and explore.

Another stunning beach on Kangaroo Island is Pennington Bay. It is not recommended to swim here due to strong currents and rips. However, it is a great place to spend the day exploring the rock pools at low tide and having a picnic. Consisting of pure white sand and the clearest aqua blue water it’s just another beach that I fell completely in love with. It’s even more beautiful at sunset!

After an amazing but quick two days on Kangaroo Island I feel like I got a good overview of the place. You could spend a week or longer exploring everything in so much detail.

Have you been to Kangaroo Island before? If so, let me know what your experience was like in the comments below. 🙂 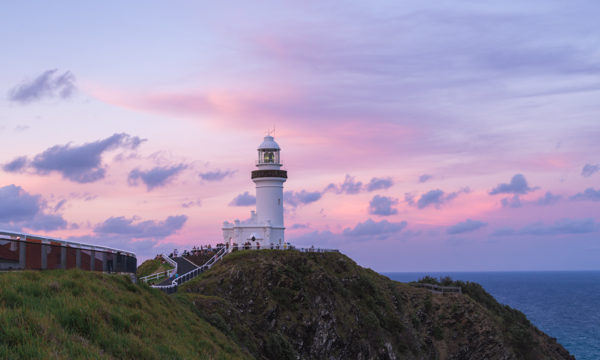