The next part of our road trip was to Seattle. I was excited to see Seattle. I mean its the home of Greys Anatomy, the Space Needle, the original Starbucks, grunge music, Kurt Cobain, Jimmy Hendrix and lots of rain! Why wouldn’t you want to go there! After leaving the Columbia River Gorge which you can read about here we headed up Interstate 5 for about 3 and a half hours. We stayed at Grand Hyatt in Pine Street which was right in the middle of the city. It was a great location because we could walk everywhere and it was a bit of luxury for two days which I needed! This was the halfway point of our holiday and I was started to feel a bit exhausted from being on the go for 10 days straight. So what did us nature lovers get up to in a big city like Seattle?

Shopping! And lots of it! I thought that by staying in Seattle we would be able to visit Mt Rainier and Olympic National Park but it was just too far to drive in the limited time that we had so we actually slowed down and relaxed for a day and a half which was wonderful. We explored the city, ate great food and shopped up a storm! Who knew Seattle would be so great for shopping!

We arrived in Seattle on a Sunday around lunch time and the city was so quiet. When we got to our hotel the concierge told us that the Seattle Seahawks Vs Dallas Cowboys game was on. Thats why it was so quiet. We ran into a guy in the lift later that afternoon who was a mad Dallas Cowboys fan and had flown to Seattle from Dallas just for the game! Thats pretty full on. Luckily for him the Cowboys won! You could say he was pretty happy about that!

So after checking it we thought we would take advantage of the city being quiet and went off exploring. We were within walking distance of Pike Place market which is a beloved Seattle treasure. Encompassing a nine-acre Market Historic District overlooking Elliott Bay, the Market remains the bustling center of farm fresh, locally sourced, artisanal and specialty foods.  It’s a place where you can “Meet the Producer”—the farmers, butchers, fishmongers, cheesemongers, bakers, winemakers and purveyors who bring their bounty to your table.

You can tell Seattle has a very relaxed grungy vibe to it. But there is something that I have to admit. Looking back now at the photos and talking about Seattle I did enjoy myself but while I was there I was constantly upset because there were so many homeless people begging for food on the streets. And a lot of them had little dogs which broke my heart even more. I know there are homeless people in every major city but I have never seen it as bad as this. It really was depressing so the only advice I can give you if you are going to Seattle and you are a caring person is give your leftover food to them. The portions are always so big in USA so ask for your leftovers to be wrapped up and give them to a homeless person. That way you can feel better about giving something and you don’t have to worry that if you give money it will be spent on drugs or alcohol.

Speaking of food, for lunch we tracked down some Salmon Chowder from a little cafe in the markets called Pike Place Chowder that has won all sorts of awards. We tried the New England Chowder which was absolutely amazing! It was so good we had it for dinner that night too and now I am completely addicted to chowder!

After lunch it was time to hit the shops. We went to the Columbia store to stock up on winter woolies for Canada and a girl can’t come to USA without stocking up on some new underwear from Victorias Secret!

Next morning we tried to track down the “Original Starbucks” but it was so packed and there was a huge line up out the door we decided to try out the French Patisserie Le Paniere instead which has a cult like following. We had a croissant each which was pretty damn tasty and I can see why the locals love this place so much. Its was hard to not want to try everything on the shelf!

After brekkie we headed off to the lookout at Kerry Park to see if we could see Mt Rainier. It was a great spot for overlooking the city and seeing the space needle with Mt Rainier in the background. We caught glimpses of Mt Rainier for a total of about 5 minutes before it was covered in cloud again!

Then we headed back into the city to search for The Gum Wall! You may be wondering what the hell Im talking about but its one of Seattles quirky and off-beat tourist attractions!

Located in Post Alley, under Park Place Market, the Gum Wall had its beginning in the early 1990s, when people, irritated that they had to wait in line to get tickets to the theater, stuck chewing gum on the wall. At first, they would use the gum to stick small coins to the wall, but in time, the tradition of the coins disappeared, and the gum remained.

Theater attendants scraped the Gum Wall twice, but gave up in 1999, when it became a certified tourist attraction of Seattle. Now it is filled with thousands of pieces of chewing gum, of any color imaginable. And, as the wall grows, the chewing gum art becomes more sophisticated. You’ll find names written with pieces of gum, and symbols like hearts or the peace sign.

The Seattle Gum Wall is also one of the germiest tourist destinations on Earth. In a ranking made by Trip Advisor, it came in second place, after Ireland’s Blarney Stone. Gross!

Some other interesting facts about Seattle include:

Next morning we were crossing the border into Canada and heading for Vancouver. All in all Seattle is a fun city but I was definitely glad to be getting back to nature after two days in the city! Have you been to Seattle? What was your experience like? I would love to know so leave a comment below!

P.S. If you haven’t read my previous road tripping blogs you can do so here: 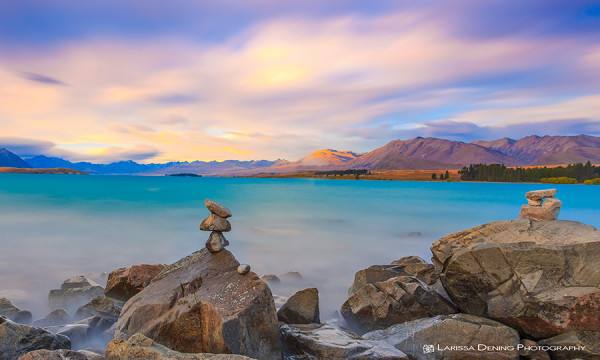 The Best Waterfalls on the Gold Coast & Sunshine Coast